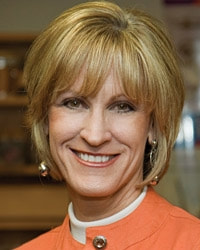 6th Grade students will begin preparations for their MCDA Honor Choir auditions in their choir class
as soon as the material has been released.


Cristi Cary Miller is highly regarded across the United States as a master teacher, conductor and composer. After graduating from Oklahoma State University, she began her teaching career instructing grades 7-12. She eventually moved to the Putnam City School system in 1989 where she worked in the elementary classroom for 21 years. During her time at Putnam City, she was the co-director of the Putnam City Honor Choir. This chorus was highly regarded in their area, winning many honors at festivals and competitions.

In 2008, Cristi became a National Board Certified Teacher and in 2010, Mrs. Miller became a part of the Fine Arts Staff at Heritage Hall Schools in the Oklahoma City area where she teaches middle school music. Many of her students have received All-State honors through her leadership and her choirs have maintained superior ratings at statewide contests. Mrs. Miller’s honors include Putnam City Teacher of the Year, Putnam City “Excellent Educator” Award, Putnam City PTA Teacher of the Year and OMEA Exemplary Teacher. In addition, in 2014 she will be inducted into the OMEA Hall of Fame.


Cristi has served as the Elementary Representative on the Oklahoma Choral Directors Association Board of Directors as well as the Elementary Vice President and President for the Oklahoma Music Educators Association. Along with her educational responsibilities, Mrs. Miller authors and co-authors a column for a national music magazine entitled Music Express! and was a contributing writer for the Macmillan McGraw-Hill music textbook series, Spotlight on Music. In addition, she served as the consulting editor for Little Schoolhouse book series, Christopher Kazoo and Bongo Boo. Mrs. Miller is frequently in demand as a clinician and director across the United States and Canada. She has numerous choral pieces and books in publication through the Hal Leonard Corporation and has also been the recipient of several ASCAP awards for her music. Cristi and her husband, Rick, live in Oklahoma City. 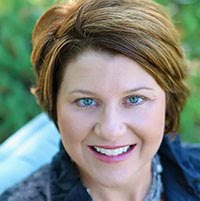